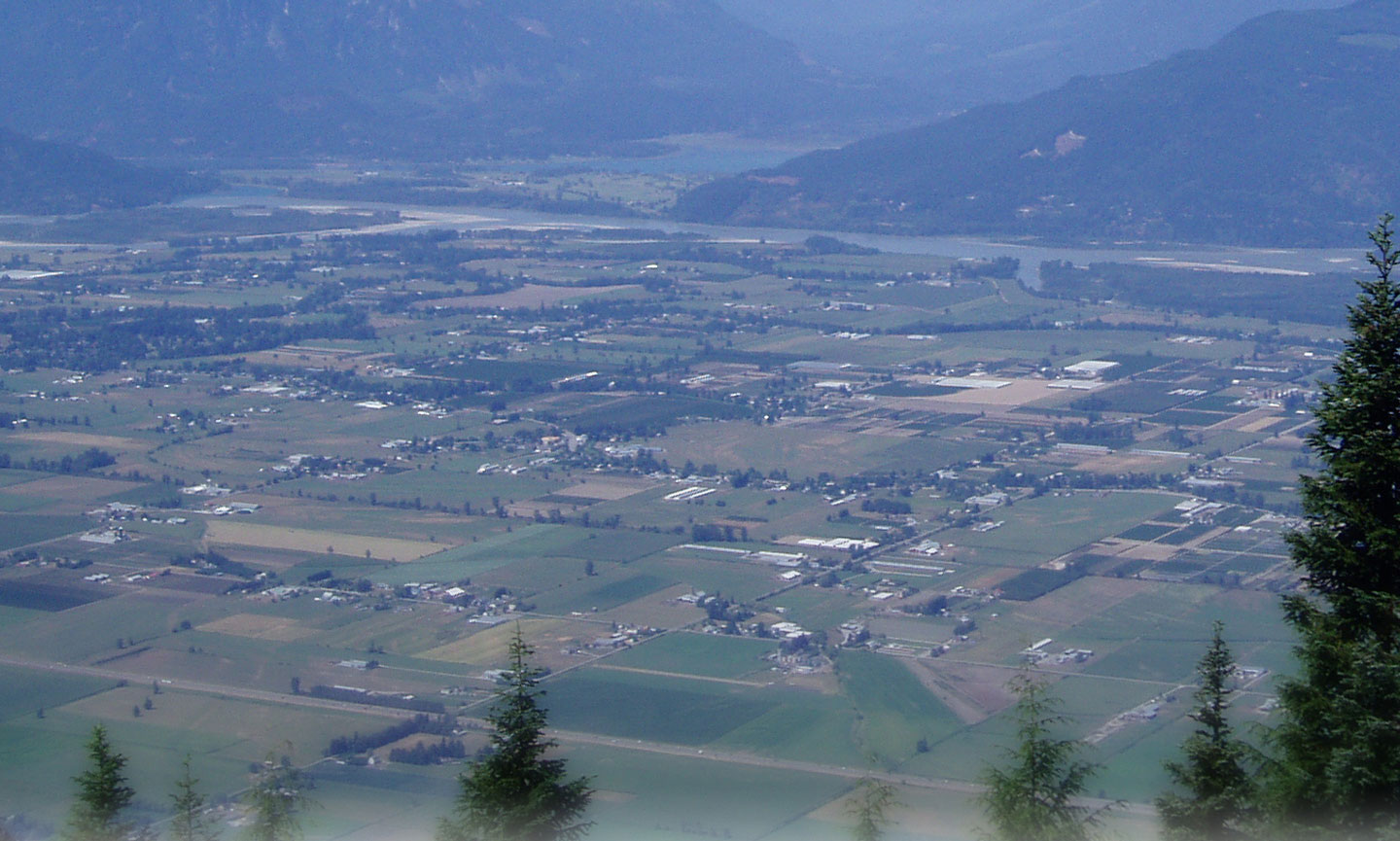 A member of the family Orchidaceae (“orchids”), “snow” orchid as it is sometimes referred to is the only species of the genus Cephalanthera found outside of Europe and Asia.

Close up of flower D.B. Springmeyer

Height up to 65 cm. Phantom orchid is a white, non-photosynthetic, rhizomatous perennial. Flowering stems have 5-20 vanilla scented white flowers, each with a yellow gland on the lower lip. The 2-5 bract-like leaves are present along the stem. The stems turn yellowish or brownish as they age. After flowering, dry, seed-bearing capsules may form. 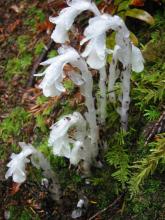 Endemic to the Pacific Northwest, the Phantom Orchid occurs in California,Oregon, Washington, Idaho and British Columbia at low to middle elevations. In Canada this species is known only from a total of eight existing and two historical populations. In BC it was in four locales: the Victoria/Saanich Peninsula on Vancouver Island, Saltspring Island (Gulf Islands), the Abbotsford-Mission-Chilliwack area in the Fraser Lowlands, and south of Harrison Lake. Exact occurrences and distribution can be variable and difficult to predict from year to year as conditions change. As well plants may become dormant for a period of time making definitive distribution and occurrence locations problematic.

Phantom Orchid occurs in moist to mesic, shaded forests. It is usually found in association with mature and old-growth coniferous or mixed forests but is also found in deciduous forests dominated by Bigleaf Maple. Phantom Orchid can occur in association with Douglas-fir, Western Redcedar, Bigleaf Maple and Paper Birch. Plants are often found in sites with a sparse understory where there is little competition and a lack of large woody debris, often on south or west aspects. As with other members of its genus, this species appears to prefer limestone/calcareous soils and has been found on old shell middens, limestone tailings and compost piles rich in lime. This species has a unique association with a fungus, which in turn forms an association with a tree species. While little is known about exactly which tree species play a role in this relationship, Phantom Orchid has been observed growing in close proximity to Bigleaf Maple. The fungal partner is a forest-dependent shade loving species that is restricted to intact mature forests, which further limits growing conditions for the orchid. The relationship with each partner is symbiotic. Health of the fungus and the partner tree is integral to the health and viability of the orchid population.

A “myco-heterotrophic” species it lacks chlorophyll and is unable to photosynthesize. Phantom orchid obtains nutrients through a three-way partnership with fungi in the family. To facilitate this unique relationship, the majority of the plants structure is underground.

Capsule and seed production is rare after flowering in BC populations. This may be due to climatic constraints and/or a scarcity of suitable pollinators.

This species has limiting recovery and recolonization potential due to the unique relationship between the orchid, fungus and tree species which inhibits the artificial propagation.
Negative effect of disturbance activities that impact either the partner tree or the fungal partner, whether the orchid is visible or not or dormant on local population persistence.
Habitat modification and destruction resulting from urban development, timber harvesting and recreational activities such as mountain biking.
Harvesting of plants by collectors and hobbyists can damage or destroy plants and reduce wild populations.

Apply conservation and management objectives as set-out in “the National Recovery Strategy for the Phantom Orchid (Cepalanthera austiniae) in Canada (Draft in review).” and “Develop with Care Phantom Orchid. Factsheet #15. Environmental Guidelines for Urban and Rural Land Development in British Columbia.” Limit collection activities and apply practices identified in the Province’s “Voucher Specimen Collection, Preparation, Identification and Storage Protocol: Plants & Fungi.” Inventory activities should consider approaches and references identified in E-Flora’s Protocols For Rare Vascular Plant Surveys. This species is listed under the Federal Species at Risk Act (SARA) and may be subject to protections and prohibitions under the BC Wildlife Act. Habitat for this species may also be governed under provincial and federal regulations including the Fish Protection Act and Federal Fisheries Act as well as Regional and local municipal bylaws.

Myco-heterotrophy: when fungi host plants
For further information see:
Native Plant Society of BC The phantom orchid in Canada
Develop With Care 2014 Factsheet #15 Phantom Orchid
Scroll down to the bottom of the DWC site to access the factsheet
BC Species and Ecosystems Explorer: Species and Ecosystems Search
A source for authoritative conservation information on thousands of plants and animals and hundreds of ecological communities in BC. From here connect to all provincial and federal recovery plans (including the SARA Registry), COSEWIC (Committee on the Status of Endangered Wildlife in Canada), Identified Wildlife guidance and conservation requirements for specific species and ecological communities of conservation concern impacted by forestry activities) and links to E-Flora and E-Fauna (the Electronic Atlas of the Plants and Wildlife of British Columbia).
British Columbia’s Coast Region Species & Ecosystems of Conservation Concern

Develop With Care Guidelines (see Lower Mainland Region section and factsheet)
Environmental guidelines for urban and rural land development in BC.
Species at Risk & Local Governments a Primer for BC
Learn what species are at risk in your area, search by name, habitat type, regional district and forest district.

Species Profile prepared by: Pamela Zevit and Matt Fairbarns Aruncus for the South Coast Conservation Program (SCCP) in partnership with: International Forest Products (Interfor), Capacity Forestry (CapFor). Funding was made possible through the Sustainable Forestry Initiative (SFI): http://www.sfiprogram.org/. Original account prepared by Cindy Sayre. Updated and revised by: Isabelle Houde, RPBio in consultation with the SCCP. Part of the National Conservation Plan, this project was undertaken with the financial support of the Government of Canada. Dans le cadre du Plan de Conservation National, ce projet a été réalisé avec l’appui financier du Gouvernement du Canada. Every effort has been made to ensure content accuracy. Comments or corrections should be directed to the South Coast Conservation Program: info@sccp.ca. Content updated March 2015 Image Credits: Phantom Orchid: sramey Wikipedia, Phantom Orchid flower close-up: Dane Blakely Springmeyer, Indian Pipe: Wikipedia Habitat: Kym Welstead. Only images sourced from “creative commons” sources (e.g. Wikipedia, Flickr, U.S. Government) can be used without permission and for non-commercial purposes only. All other images have been contributed for use by the SCCP and its partners/funders only.